The Greater Honeyguide was recently spotted as a new bird for the Likweti bird list in June, 2015. Local bird expert, Peter Lawson shares some interesting information about this beautiful bird.

The male bird is distinctive with a pink bill, white cheek and black throat. The female is less distinctive. What usually gives them away is the call of the male which is VIC-tor, VIC-tor, repeated over and over again.

The name Honeyguide comes from their unusual habit of guiding humans to a bee-hive and it leads with a continual chattering call. I have followed them myself and it is uncanny, but pretty scary when you get to the hive. The reason for this guiding ability is that their main diet is beeswax but also bee larvae and the occasional bees, and they believe you will open the hive for them.

When breeding they are brood-parasites , hosted by hole-nesting birds such as barbets, woodpeckers, hoopoes and others. As females have to deposit a single egg in a number of host nests she has to be adept at darting in rapidly when there is a brief gap. Thus there is no time for courtship and males will perch in a prominent tall tree and call continuously. Females then fly to him and mate before laying. He will mate with as many birds as are in the area at the time.

At home in a healthy ecosystem 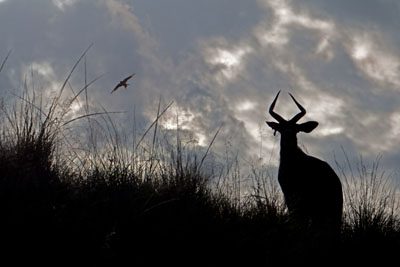 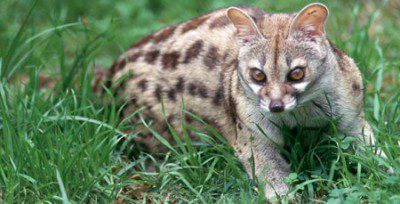 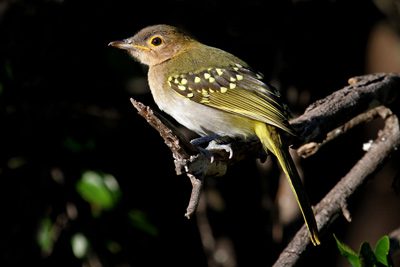