And so the end of a wonderful day and “hu-whoooooo” to you too!

Home Blog And so the end of a wonderful day and “hu-whoooooo” to you too!

And so the end of a wonderful day and “hu-whoooooo” to you too!

Just as the sun was sinking Peter  parked on a gravel track  hoping to hear some nocturnal birds for the ever growing bird list. It was a beautiful evening with the sun setting  over a very scenic area.  Just as the last rays of sunlight fell on a granite outcrop,  a rich and varied series of melodious notes rang loudly from the rocky outcrop. It was a Striped Pipit, a new bird for the list !

As the Pipit became quiet,  the still air was broken by the mellow hoot of a Spotted Eagle-Owl, hu whoooooo, rising and falling in pitch.  adding another new bird for the growing list. Then, almost simultaneously a Fiery-necked Nightjar began uttering its evening prayer, good lord deliver us. Three new birds in just a few minutes – what a way to end the day.

But – there was still more to come though….. and as Peter drove very slowly back  to Hlatini he came across a nightjar on the gravel track. It was perched broadside on to him and showed clearly in the headlights. Looking thru his binoculars Peter  had a hunch he was viewing something marginally out of range as well, and on closer inspection was looking straight at a European Nightjar – a really  stunning sighting at very close range in his bright headlights.

A little further on in dense woodland Peter stopped to listen and low and behold an African Wood-Owl was questioning  who who, who who who-are-you.  It had been a long and incredible day of birding and to end it this way was definitely  ‘the cherry on the top’ said Peter.

Live where you feel the most alive!

The Lowveld is a beautiful playground 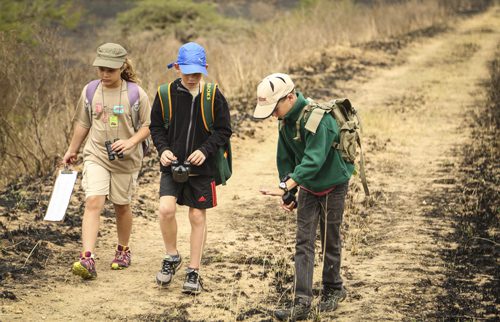 A quality life is the best gift for your family

When the timing is right